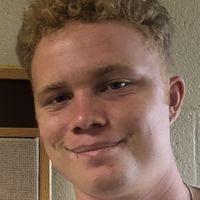 Gavin Aitken | Gavin is a business analytics major from San Juan Capistrano, Calif. He is currently a sportswriter for Fighting Irish Media. Previously, he worked as the sports editor for his high school’s newspaper, The Express.

"I have been obsessed with all types of sports since I was a child, and I have always enjoyed analyzing the minutiae of sports through writing. My goal is to work as a staff writer for ESPN." 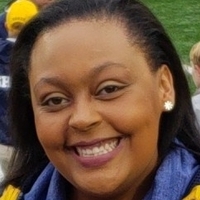 Indonesia Brown | Indy is a political science and psychology double major from South Bend. She writes for The Dome yearbook publication and HerCampus Notre Dame. Indy is a manager for the Fighting Irish football team, and works in the Office of University Relations.

"The Gallivan Program gives me so many opportunities that I would not have in my other classes. I learn how to see the world and present it to those around me. I hope to use my journalism knowledge throughout my future career in politics and psychology." 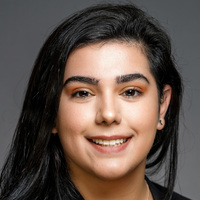 Emilia Castelao | Emilia, who hails from New Orleans, is a double major in film, television, and theatre, and global affairs. She spent summer 2019 in Chicago working as a communications intern for the Chicago International Children's Film Festival. She also spent time in Barcelona working on a documentary about the cultural connections between Cuba and Spain. On campus, she is Under-Secretary General of the ND Model UN high school conference and a writer for HerCampus magazine.

"I want to use the art of filmmaking to better understand the world around me and make a positive impact in the lives of others." 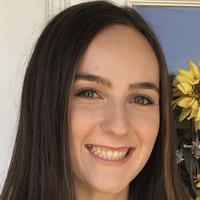 Julianna Conley | Julianna, a native of Southern California, is an undeclared major on the pre-health track. She currently serves as a Viewpoint columnist for The Observer and is a member of the paper's political podcast team.

"I want to make a positive difference in the world, and inspire others. I would like to pursue a career that highlights the unrecognized members of society." 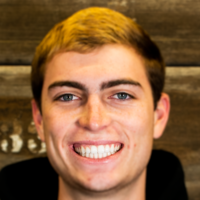 Grant DelVecchio | Grant, who’s from Eastchester, N.Y., is a double major in film, television, and theatre, and Spanish. In summer 2019, he was a social media intern at a London company that creates artificial intelligence-based personal fitness programs. In summer 2018, he was a sports production intern with WNBC in New York City and assisted the sportscaster Bruce Beck. On campus, he is a student broadcaster for Fighting Irish Media, and writes for both The Observer and Scholastic, the university’s student-run magazine. He is also the Alumni Association's Hannah Storm Intern for the 2019-20 academic year.

"Ever since I realized I wouldn’t be able to play sports professionally myself, I knew I still wanted them to be a part of my life. I hope to one day become a sports broadcaster for a major television network." 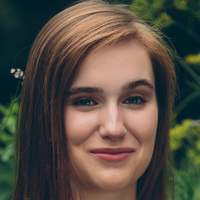 Erin Fennessy | Erin, who hails from Madison, Wis., is a double major in biochemistry and French. On campus, she is a member of the photo staff at The Observer; she also helps edit the paper’s "From the Archives" project.

"I'm hoping to explore a career in science journalism by combining my passions of scientific inquiry and telling stories that matter." 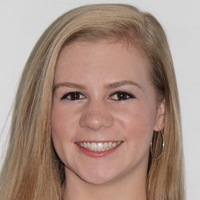 Jessica Jordan | Jessica, who’s from Richmond, Va., is a double major in business and global affairs. In summer 2019, she studied abroad in London and interned with the Thomson Foundation, a nonprofit media group that trains journalists in developing countries. On campus, she is involved with Notre Dame TV, a student-run television network that produces weekly sports shows, news segments, and other project. She also interns with the Athletic Advancement Team and is conversational in Spanish.

"Regardless of my career path, I know that effective communication will be a crucial skill for being successful. I aim to learn about perspectives from all around the world so I can shape and share my own." 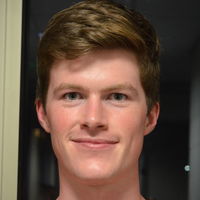 Matthew Kellenberg | Matthew, who’s from Chevy Chase, Md., is a double major in economics and English. In summer 2019, he was a social media & marketing intern at Smithsonian Folkways, an independent record label within the Smithsonian Institution. On campus, he writes for the Scene section of The Observer. He is also a Writing Center tutor. As a scholastic journalist, he edited the multimedia and technology section of his high school newspaper; he also edited the multimedia section for independent online high school news outlet.

"I am an avid music listener, and journalism is my favorite outlet to share that passion with my friends and greater community." 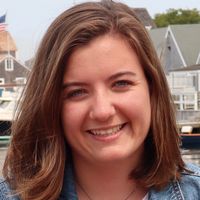 Emma Koster | Emma is a psychology major from Long Island, N.Y. She is currently a writer for Her Campus of Notre Dame, an online publication focused on female empowerment. In high school, Emma was a writer and feature editor for the school newspaper, The Knight Times. She hopes to use journalistic truth to share impactful human narratives and challenge people’s perceptions of the world.

"I am looking forward to using a background in psychology to report truthful, empathetic stories. As intense polarity of opinion divides society, I hope to remind people of our shared human experiences and inspire change." 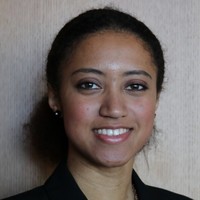 Kimani Krienke | Kimani is an English major from Portage, Ind. On campus, she writes media reviews, sports player profiles, and other articles for Scholastic. She wrote for her high school newspaper, Acropolis, and became interested in travel journalism after traveling throughout Europe in her sophomore and senior year of high school.

"I would love to share my travel experiences with people and inspire them to go on adventures of their own, whether the excursions are big or small." 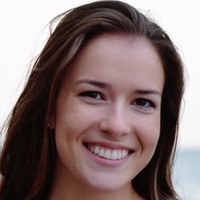 Alexis Martin | Lexi is a political science major from Bedford, Ohio. She hopes to become an investigative journalist, and has an interest in writing about politics.

"Journalism excites me because it aims at conveying the truth in every story, and it ensures that people can be informed about what is going on around them." 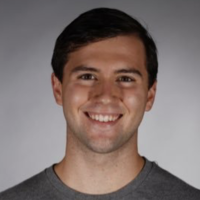 Christopher A. Parker | Christopher is a History and Classics major from Harrison, N.Y. In high school, he was a contributing writer for Fordham Prep’s literary magazine, Labyrinth. He writes news for The Observer and works on the Social Media team, where he created and runs the paper’s Snapchat account.

"I love what I study, so I’d like to report on history for a paper or magazine. Our past has critical and urgent lessons for the modern world." 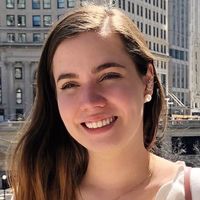 Adriana Pérez | Adriana is a psychology major from Guayaquil, Ecuador. She is also pursuing a minor in sustainability. In 2018, she interned at the Ecuadorian newspaper, El Universo, which was founded by her family in 1921. Adriana is fluent in Spanish and has intermediate proficiency in German.

"In the future, I want to return home and pursue a career in magazine writing or investigative reporting, because I love listening to and telling stories, especially those which reveal larger social issues." 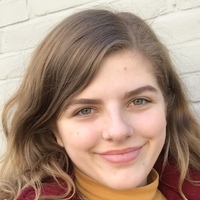 Alina Peterson | Alina, who’s from Bethesda, Md., is a double major in political science and anthropology. She is the assistant news editor for Scholastic and the academic section editor for The Dome Yearbook.

"One of my philosophies in life is that knowledge isn’t worth much if you can’t communicate it with kindness. I aim to apply that to my journalism career, hopefully one rooted in consideration and empathy. " 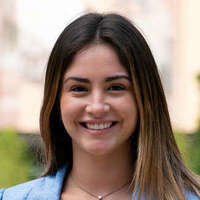 Caroline Pineda | Caroline is a film, television, and theatre major from Albuquerque, N.M. In summer 2020, she will be a sideline reporter for the Bourne Braves of the Cape Cod Baseball League. In summer 2019, she was a digital intern with Love Sport Radio in London, where she also conducted independent research about the future of the National Football League in the United Kingdom. On campus, Caroline is a student broadcaster for Fighting Irish Media and an assistant sports editor for Scholastic. She is a football analyst for NDTV, the student television station, as well as a host for WVFI, the student radio station.

"Sports contain countless stories of resilience, unity and inspiration. I hope to share these stories and showcase the strength of the human spirit through the victories and trials of athletes." 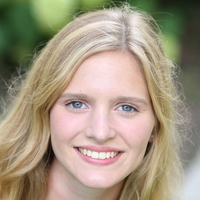 Meg Pryor | Meg is a psychology major and digital marketing minor from Minneapolis. She is a writer and social media director for HerCampus at Notre Dame. In high school, she served as an editor of both the school newspaper and yearbook.

"I believe that effective communication has the power to create unity by giving people a voice, promoting a deeper understanding of issues, and encouraging discussion." 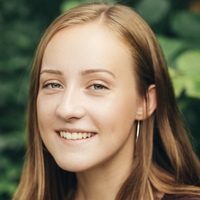 Genevieve Redsten | Genevieve is an English and anthropology major from Madison, Wis. On campus, she is the news editor of Scholastic Magazine and a news writer for The Observer. She also leads a team of undergraduate students researching eviction and housing affordability in South Bend.

"Journalists tell stories that shine light on the truth and call us to action. I’m excited to grow as a journalist — learning to write better, listen closer, and tell those meaningful stories." 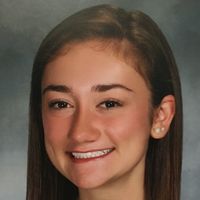 Clara Saint-Denis | Clara is a political science major who’s originally from Paris, France and now resides in Westfield, N.J. She is also pursuing a minor in business economics. On campus, she is a writer for both Her Campus Notre Dame and Scholastic. She is fluent in French and Spanish.

"I am excited to be studying journalism - a field I have long admired - and to gain the necessary skills to express my voice in a meaningful way." 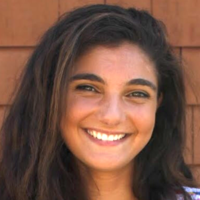 Antonia Sylva | Nia, a Summit, N.J. native, is a majoring in the university's Program of Liberal Studies with a minor in history. She writes for The Observer’s Scene section. As a scholastic journalist, she served as a staff writer, editor, and editor-in-chief of her high school’s newspaper, Untucked.

"A good journalist has the observational skill to notice things others don’t, and the writing ability to show the rest of us. Someday, I hope to master both disciplines." 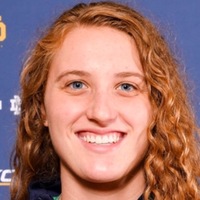 Luciana Thomas | Luciana, who’s from Fayetteville, Ark., is studying political science and Middle Eastern Studies. A member of the Fighting Irish swimming and diving team, she specializes in the butterfly and individual medley; during the 2018-19 season, she took part in the ACC and NCAA championship tournaments.

"I want to make a difference in the world and help speak for those who don't have a voice, and I know journalism will help me achieve that." 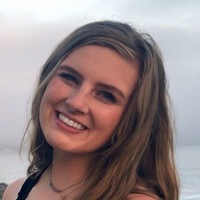 Abby Wager | Abby is an English major from Granger, Ind. She is also pursuing a second minor in digital marketing. She is a Viewpoint writer for The Observer. She was selected to attend a young writer’s workshop at Denison University in high school.

"I want to pursue a career in journalism because I believe in the power of words - to inform, to inspire, and to change hearts and minds." 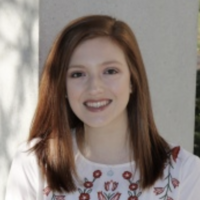 Ashton Weber | Ashton, who’s from Cincinnati, is a double major in economics and film, television, and theatre. She is a Viewpoint columnist and podcast team member at The Observer. She is also a writer for Her Campus Notre Dame and a campus editor-at-large for the Thrive on Campus section of Arianna Huffington’s Thrive Global. She works as a broadcast anchor for NDignite Connection, a precollege engagement program of Notre Dame’s Enrollment Division, and she is an office writer for the College of Science. In summer 2019, Ashton was a communications intern for Kids4Peace Seattle.

"I am passionate about honest engagement with others, so I hope to pursue a career in e-magazine or broadcast journalism, which wield the powers of technology to connect with audiences rapidly and personably."