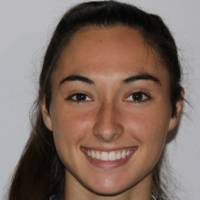 Alexis Daugherty | Alex graduated with a degree in business administration and marketing. She was a news writer at The Observer, the university’s independent student-run newspaper. In summer 2016, she was a digital media intern at KING 5 News in Seattle.

A student-athlete, Alex was an 800-meter runner on the Fighting Irish track and field team. 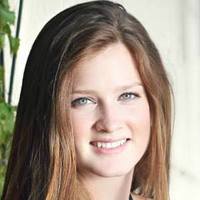 Teagan Dillon | Teagan graduated with a degree in accounting. In summer 2017, she was a social media intern at Nielsen. She also worked with Fighting Irish Media, the communications arm of Notre Dame Athletics.

"I love data journalism, which combines my passion for numbers and storytelling. After graduation, I plan to work for Nielsen and gain more data/analytical experience. Down the road, I hope to channel my journalism experience into more business-type roles." 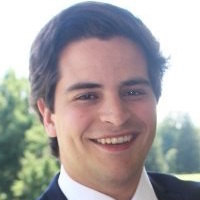 Joseph DiSipio | Joe graduated with a degree in economics. In summer 2017, he was based in Dublin as an intern with the business news desk at RTÉ, the national broadcast network in Ireland. He has also held internships at The Hill in Washington, D.C. and at The South Bend Tribune. He served as managing editor of Scholastic, the nation’s oldest student-run publication.

"I want to use my skills as a multiplatform journalist to tell the stories that matter most." 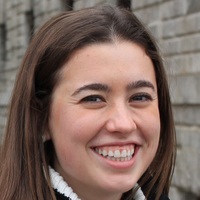 Katie Galioto | Katie graduated with a degree in political science. She took part in two journalism internships after graduation — metro reporting during the summer at The Minneapolis Star Tribune, and a Don Wycliff Fellowship at The Chicago Tribune in the fall. In 2016, she held a reporting internship at The Concord Monitor. She has also held an internship with the U.S. Department of State based in Rome. She served as the managing editor of The Observer. She was also honored with two awards that are given annually to graduating seniors in the Gallivan Program — she was a co-recipient of the Paul Neville Award for overall journalistic excellence, and she was the winner of the R.V. Ley Award for exceptional journalistic promise. She is fluent in Italian.

"I enjoy all types of news reporting, particularly feature writing and investigative pieces. My academic and professional interests include American politics, international development and cultural heritage." 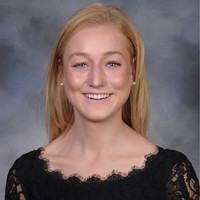 Mary Hinton | Mary graduated with a degree in business administration. She was a spring 2018 intern with Notre Dame Magazine. In summer 2017, she was an intern with the IMA Financial Group in Denver. She was also a research assistant for the university’s environmental change initiative.

"I am currently pursuing a career in business analytics and financial consulting. I hope to use this experience as a springboard into business and economic reporting." 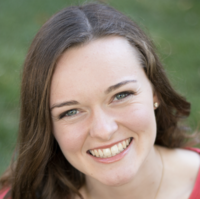 Claire Kramer | Claire graduated with a degree in American studies. In summer 2018, she began working with the NFL’s Baltimore Ravens. While an undergraduate, she worked as a freelancer for the Associated Press covering Notre Dame football. In summer 2017, she was an intern with the Corridor Business Journal in Iowa. She also worked with Fighting Irish Digital Media and the athletic department’s media relations division.

"I’m most interested in sports and culture coverage, and I’m drawn to feature/magazine writing and column writing. I hope to pursue a career in sports journalism, media or public relations." 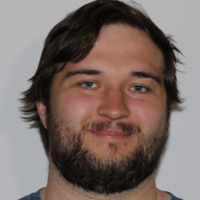 Marek Mazurek | Marek graduated with a degree in history. Marek was an assistant managing editor with The Observer, where he was also sports editor. He was a 2018 Matthew V. Storin Fellow at The Boston Globe. In summer 2017, he was an intern at The South Bend Tribune.

Marek was the winner of the 2018 James E. and Barbara L. Murphy Award, which is given each year to a graduating senior for excellence in journalistic writing. 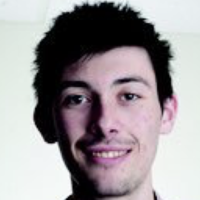 Daniel O’Boyle | Daniel graduated with a degree in political science. While a sportswriter at The Observer, Daniel covered a dozen different teams as a beat writer, including Fighting Irish football. After graduation, he was a Bill Dwyre Fellow at The Los Angeles Times. In summer 2017, he was an intern on the sports desk at The Tampa Bay Times.

An international student, Daniel is a native of County Down in Northern Ireland. 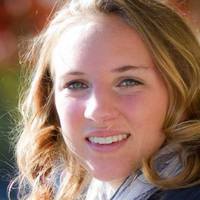 Abby Piper | Abby graduated with degrees in English and French. Her writing has appeared in The Observer, Her Campus and College Magazine. She was also a student production assistant with Fighting Irish Media. In spring 2018, she interned with Notre Dame Magazine.

"I’d ideally like to work in magazine journalism or digital media platform covering lifestyle or sports, but I also like trying new things, so I’m open to learning and writing about nearly anything." 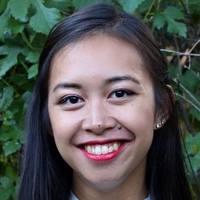 Selena Ponio | Selena graduated with a degree in international economics. In summer 2017, she was an intern at 60 Minutes and CBS News in New York City. She was the associate news editor at The Observer, and she has also held an internship with The South Bend Tribune. She was a co-recipient of the Paul Neville Award, an honor given annually by the Gallivan Program to seniors who demonstrate overall journalistic excellence. She is fluent in Spanish and Tagalog. 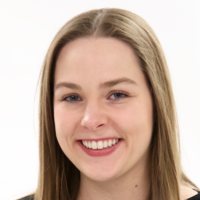 Janet Stengle | Janet graduated with a degree in history. She was the assistant design director at Scholastic, and she held internships at The Toledo Blade and The Toledo City Paper. She also served as vice president of the Class of 2018.

"With history, journalism and graphic design experience, I have developed a passion for the art of storytelling. Next year, I plan to attend law school and hope to reconcile journalism and law with an interest in communications law." 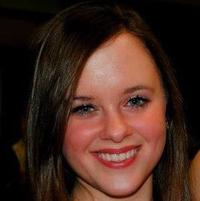 Andrea Vale | Andrea graduated with a degree in English. In summer 2018, she began work at "National Geographic." She has also interned at the Inter Press Service in Rome. She was the executive editor at Scholastic, and she has also written for USA Today, HuffPost and The Observer. She is fluent in Spanish.

"I’m interested in using long-form journalism and photojournalism to produce deep looks into underexposed or misunderstood communities. I hope to work as a foreign correspondent or for an international magazine."