From 2017 to 2021, Victoria St. Martin was a distinguished visiting journalist with the Gallivan Program in Journalism, Ethics, and Democracy at the University of Notre Dame. She also served as the print publications coordinator with Notre Dame Student Media.

St. Martin came to Notre Dame after a 15-year career as a journalist, including as a breaking news and general assignment reporter at The Washington Post. In addition to her work in newspapers, St. Martin has served as a multimedia journalist at WNIT, Michiana's public television station. She also reported on public schools, covered business, and produced videos at The South Bend Tribune.

She joined The Post’s Local Desk in July 2013 as the American University’s School of Communication Fellow specializing in investigative journalism. Upon earning her master’s degree from American in 2014, she was hired onto The Post’s staff full-time. 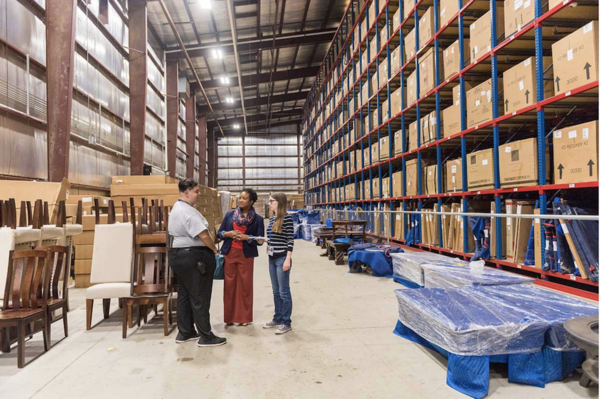 Before The Post, she spent three years as a reporter at The Star-Ledger of Newark, N.J., where she frequently wrote about the environment, health, education, religion and legal issues. She was a frontline member of The Ledger’s coverage team during Superstorm Sandy, she covered the trial of a shooter in a triple-killing at a Newark school yard and landed an interview with a suspect in cold-case quintuple homicide who had not spoken publicly in 35 years (he was later acquitted). She also wrote about her treatment and recovery from a breast cancer diagnosis at the age of 30.

Prior to joining The Ledger, St. Martin worked in suburban New Orleans for four years at The Times-Picayune, where she covered government, housing and public schools. At The Times-Picayune, she covered a pair of high-profile public corruption cases and charted the recovery of the parishes straddling the Mississippi River from the lingering effects of Hurricanes Katrina and Rita. Her professional reporting career began at The Trentonian in Trenton, N.J. where she covered crime and gangs in a half-dozen municipalities. There, St. Martin spent a year shadowing a female leader of the Bloods street gang and covered the still-unsolved death of a college freshman whose body ended up in a Pennsylvania landfill.

As an educator, her specialties include multiplatform journalism, social media, and general assignment reporting.