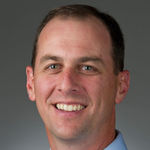 Previously, he was a reporter at the Indianapolis Star and Times of Northwest Indiana covering local and state government, often with a focus on investigative work. His essays and articles have appeared in the Chicago Tribune and USA Today, as well as several magazines, college writing anthologies and online workshops. He is also co-author of three Notre Dame children’s books.